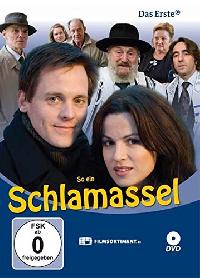 Краткое содержание:
For what feels like an eternity, Jil Grüngras has been besieged by her family clan with the question of when she will finally look for a suitable man. Not only her widowed father Benno, but also the rest of her wonderfully »meschuggen« Jewish family would like to bring her under the hood – after all, Jil is already in his early 30s, looks good and has both feet firmly on the ground as a successful tax advisor. One day she met the likeable Marc Norderstedt in a near-accident – and suddenly the sky over Berlin was full of violins for the romantically inclined career woman: Marc, a landscape architect by profession, is a real dream guy, sensitive, good-looking, charming. Unfortunately, he has a small »blemish«: He is not a Jew. And Jil knows full well that her traditional family would never accept a »Goi«, a non-Jew. Only one thing helps: Marc has to pretend to be a Jew. Jil’s best friend, the Hasidic lesbian Zippi, gives the slightly irritated Marc a crash course in Jewish traditions – and as »Marc Rosenzweig« can collect a lot of points during the Sabbath celebration with the whole family. Both Jil’s father and her grandfather Mosche, her cousin Patrick, her aunt Sarah and uncle David immediately take the young man into their hearts. Shortly afterwards, a meal at Marc’s parents Frederike and Ludwig is less cheerful. Completely surprisingly, Jil is confronted with prejudices and a bias born of insecurity. Nevertheless, the lovers do not just want to give up. Both are ready to fight for their feelings and against the narrow-mindedness of those around them. At the upcoming bar mitzvah celebration of her great cousin Ruven, to which Marc’s parents are also invited, Jil wants to tell the family the truth. Unfortunately, little Ruven gets ahead of her and exposes the fraud in front of everyone – the party ends in a scandal. Now Jil has to decide whether to obey tradition or follow her heart.
Мальчик Актеры