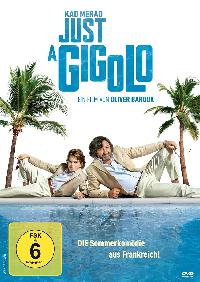 Υπόθεση:
Dumped for a younger man by his 80- year old lady friend, an aging gigolo enlists his preteen nephew to help find his next millionaire.
How to live happy and rich without working? To be Gigolo. But after 25 years of living with Denise, Alex the »gigolo« gets fired without notice and finds himself on the street. Forced to move to his sister and his nephew of ten years, he then has an obsession: find quickly a rich heiress.
When his father tragically dies from the consequences of his exhaustion at work, little Alex confides to his sister Sara that he will become a gigolo to earn a lot of money without ever having to work. Ten years later, Alex is a young and handsome escort-boy and he manages to seduce Denise, a wealthy sexagenarian. He will spend 28 years of life together enjoying luxury and idleness in the greatest indecency, checking every morning that his sweetheart is still alive. But one day, Alex gets kicked out by Denise who cheats on him with a younger man. He finds himself in the street and takes refuge with his sister where he meets his little nephew Hugo, aged ten. But Alex has only one goal: to find a new widow as quickly as possible, richer and above all older. Also, when Hugo admits to being secretly in love with a school friend whose grandmother is one of the richest widows in the region, Alex, without revealing his real intentions, goes to teach him his flirting techniques.