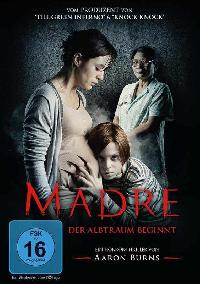 Movie description:
Diana hires Luz to take care of her autistic son but soon suspects the nanny has sinister intentions.

Diana Prieto is pregnant and taking care of her autistic son Martin has become overwhelming. She has no one to help her while her husband Tomas spends months working in Asia. Diana’s at her breaking point with Martin when Luz, a gifted caregiver from the Philippines, steps in to help. Martin quickly begins improving under Luz’s supervision, but Diana’s worried that he’s only being taught to speak Filipino. Diana begins to suspect that Luz is using the language barrier and voodoo to turn Martin against Diana and into something far more sinister ...