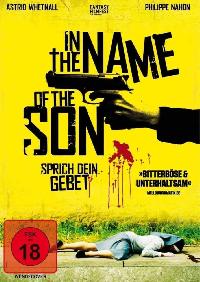 Movie description:
Elisabeth de la Baie is completely devoted to her faith, her two sons, and her work as a Catholic radio host where she evinces profound empathy for the sufferings of people around the world. After an unexpected family tragedy, Elisabeth summons an inveterate and unexpected strength that enables her to face her new situation in a way she never imagined. With intransigent determination she stands up against the hypocrisy of the Catholic Church whose obdurate si-lence introduces chaos into its flock.

Elisabeth is a devout Catholic. A loving mother and wife, she makes her faith serve other people by hosting a Christian radio program for listeners who have lost their way. At her diocese’s request, she takes in Father Achille, who will henceforth be part of the family. What she believed would be an idyllic life quickly turns into a nightmare. Her husband dies in a hunting accident during a training exercise of a quite particular kind and she discovers that her 13-year-old son Jean-Charles has been molested by Father Achille. Confronted full-force by life’s realities, but most particularly by the Church’s denial, Elisabeth loses all notion of Christian charity. Adopting Talion’s Law, an eye for an eye, a tooth for a tooth, she sets out on a crazy crusade of vengeance.

Théo Dardenne
(Boy at the church)