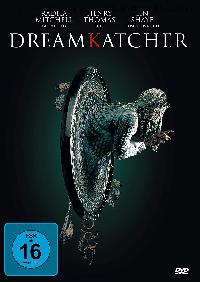 Movie description:
In order to stop his bad dreams a young boy steals a dreamcatcher from a mysterious neighbor forcing his family to rescue him from a nightmarish entity.

Gail is forced to come to terms with Josh, her new stepson, at a remote country home. After stealing an evil talisman from a mysterious neighbor, Josh has sinister dreams of his dead mother, who commands Josh to murder Gail. When Josh’s dad returns, he and Gail suspect that their son has been possessed by an ancient, bloodthirsty spirit. Is it too late to save Josh’s life or their own?